The Crown Jewel of Trophy Bass Fishing in Florida ! 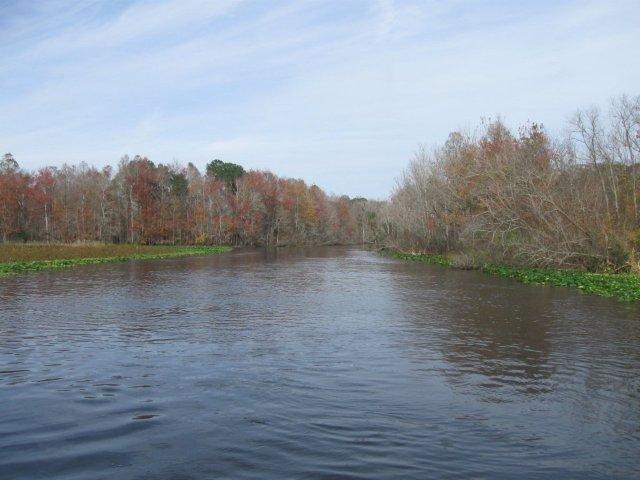 Nestled between Southwest Putnam and Northeast Marion Counties in North Central Florida, this 9600 acre, 15 mile long impoundment and the river that feeds her can only be described as one of the most amazing trophy bass fisheries anywhere! Created as part of the ill-fated Cross Florida Barge Canal project and opened in late 1968, Rodman Reservoir has consistently been named as a top 10 bass fishing destination by every publication imaginable and in my opinion could arguably be THE top trophy bass fishing destination for an angler of any experience level to capture that 10+ pound bass. As stated on the home page a Virginia angler landed a 17.2 lb. bass in 2000 which nearly surpassed the current "official" state record. 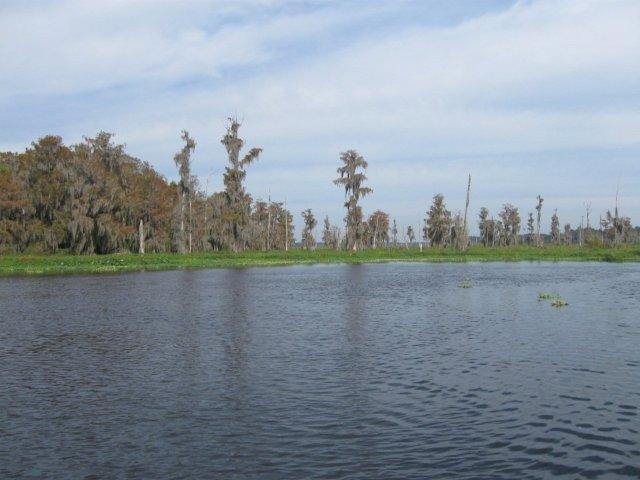 There were also 2 fish landed in early 2009 which topped the 16 lb. mark as well as several others in the 13-15 lb. range landed early this year. While many lakes and rivers in Florida boast a fish or two of this size or are hot for a season or two, Rodman produces catches like this on an annual basis and has been the one constant in this section of Florida. We concentrate our efforts from the Gore's Landing area of the river north to Rodman Reservoir proper.The section from Gore's Landing north, thru the Eureka area, to the beginning of Cypress Bayou is essentially a riverine setting. This section probably averages about 13-16 ft. in depth and is lined with live cypress trees, lily pads, dollar weed, water cabbage, water hyacinth, and is full of eel grass which thrive from the many spring fed tributaries that adjoin the river in this section. From Cypress Bayou to the Orange Springs area she begins to broaden out and this is considered to be the beginning of Rodman.